Voice disorders are pretty common in South Carolina; about 1 in 13 adults will experience a throat problem of some sort this year. Few will actually bother seeking treatment but ignoring the symptoms can cause issues – for both the speaker and the listener. 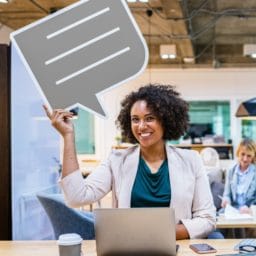 Many of us have experienced a voice disorder at one point or another. They are broken down into two different classifications:

Additionally, they were interested in learning whether the listener’s impression of the speaker’s voice would have a bearing on how they rated their overall speech intelligibility. Generally speaking, people with voice disorders are perceived more negatively than those with healthy voices. Researchers designed the study to help them determine which voice qualities would be most likely to impact intelligible speech.

They were primarily interested in voice disorders that caused symptoms such as hoarseness, breathiness, loss of voice and a “croaky” voice. Their findings might prove beneficial to people in professions that rely heavily on the voice, such as teachers, air traffic controllers, attorneys, members of the clergy and performers.

The results, published in the Journal of Voice, showed that people with voice disorders were ten times more likely to cause errors in speech intelligibility versus speakers with healthy voices. Listeners had the most trouble understanding content words (e.g., they might confuse “cat” for “dog”) than articles of speech (substituting “the” for “a”). Certain vowels proved more troublesome than others and errors increased when noise levels were significant. Speakers with a “breathy” voice had the highest number of errors, making “breathiness” the most common culprit in speech intelligibility errors. In all, 78 percent of the difference in errors by listeners could be attributed to whether or not a voice disorder was present.

The takeaway from this study? People with voice disorders need to make an extra effort to ensure listeners understand what they are saying. In situations where intelligibility errors are likely to increase, they should try to alter their environment as much as possible by taking steps such as reducing background noise and using hand gestures to help communicate key points.

If you or a loved one are experiencing voice problems, your CENTA ear, nose and throat specialist can help provide you with strategies to improve communication – making it easier on both you and your listener.