Skip to content
Our current Walk-In hours are 8:30am-11:00am and 1:30pm-3:30pm every day.
CENTA Medical Group is committed to your health and safety. View all current updates and safety protocols: Learn More

Autumn makes its presence known in Lexington and Columbia through colorful fall foliage, harvest festivals, and college football (Go, Gamecocks!). Another sure sign of the season is the appearance of teal pumpkins on doorsteps. With October designated as National Audiology Awareness Month, we thought we’d take the opportunity to let you know what’s up with all those blue pumpkins!

Food allergies are commonplace among children; about one-third of all parents in Lexington report their children have experienced an adverse reaction to food at least once. It’s estimated that between five and ten percent of children nationwide – roughly six million children – have a verifiable food sensitivity or allergy.

Peanuts and milk top the list of most common food allergies. Other foods that cause adverse reactions include eggs, fish, shellfish, soy, tree nuts, and wheat. In some cases, children outgrow these allergies; others must be careful to avoid these foods throughout their lives, as ingesting them can cause serious reactions such as breathing difficulties, coughing, wheezing, hoarseness, and tightness in the throat. Most serious of all is anaphylaxis, a severe and potentially life-threatening allergic reaction that causes a sudden drop in blood pressure; narrowed airways that restrict breathing; rapid, weak pulse; skin rash; nausea and vomiting. An injection of epinephrine is crucial in preventing coma and death.

How to Participate in the Teal Pumpkin Project 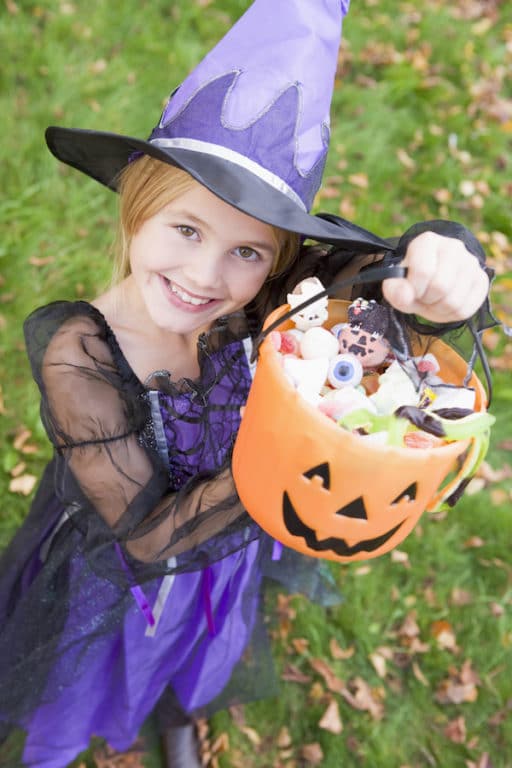 The Teal Pumpkin Project was dreamt up in 2012 by a Tennessee woman who wanted children with food allergies to be able to enjoy Halloween. A non-profit advocacy group known as FARE (Food Allergy Research & Education) took up the cause a couple of years later with a Facebook post that went viral. In the years since, the Teal Pumpkin Project has caught on nationwide, and is now an annual tradition in many communities throughout South Carolina.

If you’d like to participate in the Teal Pumpkin Project, simply place a teal pumpkin on your doorstep to let children and parents know you are offering non-food treats for costumed trick-or-treaters who ring your bell. Popular alternatives to candy include glow sticks and Halloween stickers. You’re still free to hand out Twix bars and Reese’s Peanut Butter Cups, of course, but just make sure you have non-food items for those kids with food allergies.

FARE offers an extensive lineup of Teal Pumpkin Project merchandise at many of the nation’s largest retailers including CVS, Michael’s, and Party City. You’ll be able to stock up on a variety of items ranging from foam pumpkins to painting kits.

To learn more about the Teal Pumpkin Project, follow this link or speak to your Lexington audiologist. They can also provide you with more information on National Audiology Awareness Month, including tips on how to protect your hearing.