Skip to content
Our current Walk-In hours are 8:30am-11:00am and 1:30pm-3:30pm every day.
CENTA Medical Group is committed to your health and safety. View all current updates and safety protocols: Learn More 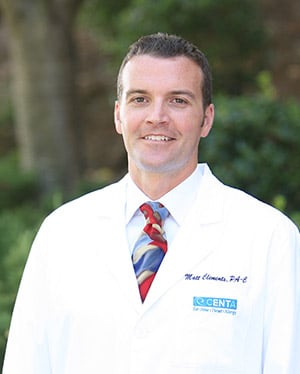 Matthew served in the U.S. Army and the South Carolina Army National Guard (SCARNG) prior to attending graduate school to become a licensed physician assistant. He joined CENTA in February 2017 because of his desire to specialize in ENT.

While stationed in Hawaii, Matthew learned to surf and quickly became hooked. He looks forward to a time when he can visit Hawaii with his family and teach his three children how to surf in the same place where he learned.